Internet Radio is No Superstation, But That's Part of Its Beauty 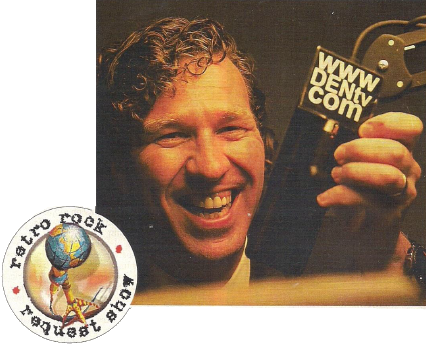 "Sometimes sappy, sometimes happy," says the Web-page pitch for Brent Ingalls's Internet radio show dedicated to the best love songs of the '70s through the '90s. Ingalls and fellow broadcasters Adonica Joette of the Astrology Hour and Allan Holender of the Home Biz Show are heard around the world on Vancouver-based DENradio, an all-Internet broadcaster that has turned the conventional rules about radio upside down. Suddenly, the costs and audience numbers and reach are about a whole new world, albeit a little bitty one.

The glory of Internet radio is delivery costs. Whereas $1,000 to $4,000 might get your weekly one-hour show distributed over the air, it costs just $60 via the Internet, thanks to elimination of over-the-air broadcasting and satelite up-links. The downside: We're talking audiences that wouldn't fill a church basement. DENradio's most popular show, Tom Lucas's Retro-Rock Request Show, pulls 400 people at a time. "This is narrowcasting; we're not fooling anybody," says Hugh Dobbie, president of Interactive Netcasting Systems Inc.

"We're not hitting all 50 million Net users, but nobody is. The Net is full of narrow markets." But, says Dobbie, his station's listeners stay, browse pages and interact with the host via chat rooms. It is not unusual for, say, Chris Lindgren of European Connection to greet listeners by name when they drop by the Internet site.

"We can tell you exactly who is listening, where they are and how long they stay. Try that with conventional radio."

Audiences for the Vancouver station's programs are a global mix: South Korea, the United States, France, Britain and the Caribbean.

Dobbie is beginning to put up advertising on the Website. The going rate is a pittance - $30 to $50 per thousand listeners - but he's making money through repackaging the station's professional-quality original programming and syndicating it to conventional radio stations. He admits the business is not wildly profitable, but it is intensely exciting in the new groud it's breaking.

Interactive Netcasting has already made forays into Internet Television, including a behind-the-scenes feature at last spring's Juno Awards and coverage of the Banff Television Festival.

For Dobbie, the next step is to build an Internet-protocol broadcasting network in partnership with AT&T Canada, onto which anyone, anywhere, with very little money, can mount their own radio or TV show.